The Painkiller Cup is an amazing downwind SUP Race from Trellis Bay, Beef Island Tortola to Soggy Dollar Bar on Jost van Dyke (both BVI, so you will need a passport to get there from St. John or St. Thomas). Depending on the course you take it is about 14-17 miles. It is a team race for 3 paddlers, that will need an escort boat, share board (14′ and under) and take turns paddling. The prize money is 10.000$ or more ,with 5000$ for the winning team. The 2015 date has just been announced: January 17th. In 2015 there will also be a surfski class.

SUP-Stjohn / Rockhoppin’ Charters has entered a strong team of experienced riders: >For the guys, Patrick (MA) and Mike (SC) who have done the M20, one of the most gruelling ocean races twice and once. The female paddler will be Kim (MA), who has done the 34 mile Cape Cod crossing 4 times. Petra, who has done the Painkiller Cup solo in 2012, won the 2014 Mini Painkiller Cup and circumnavigated St. John, solo and unassisted, will be on our 32FS Regulator which will be the escort boat, trying to help to choose the right course and might decide to hop off the boat at Sandy cay for the Solo race if the team is there on time…..

We are heading from St. John to Tortola Friday night (16th), then to Beef Island Saturday morning for the race which ends at Soggy Dolllar Bar. After the race we will go from Jost van Dyke back to St. John.

More information on the Painkiller Cup 2015:

In the 2014 Cup, Racers had to switch off their board every 30-minutes. This was mandatory. Racers had to paddle in a rotation that was submitted to the race marshal at the 8:00am registration. There was no need to switch racers at the 30-minute interval once your team has entered White Bay. Each team was free to choose which course they wanted to take, so make sure you have an experienced captain on your escort boat! For the 2015 Painkiller Cup it looks like this is now a 25 minute intervall. 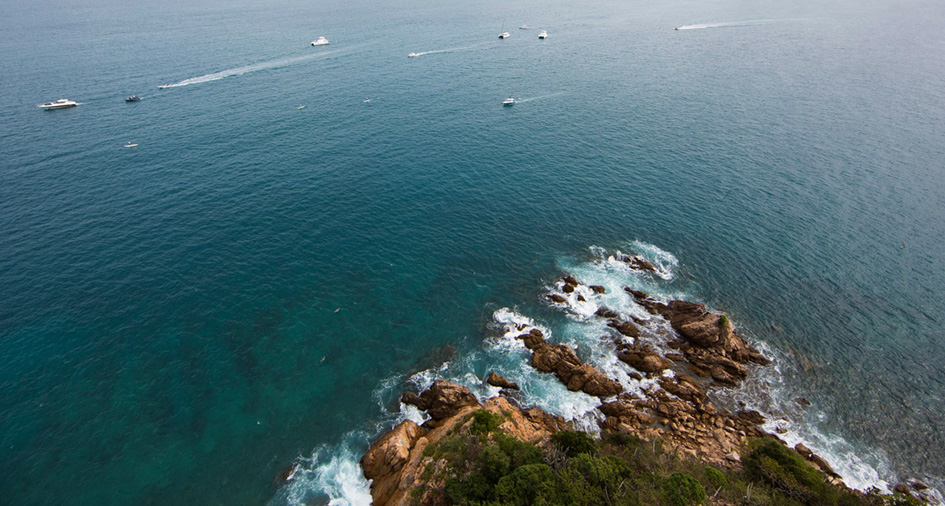