There are a few surf spots in the Virgin Islands. Many of the surf spots can be fickle to swell and wind direction, but when those conditions are right, they can be world class! Usually surf is more consistent in the winter months (November to February but can extend into May), when strong North Swells from winter storms off the US East Coat produce about large swells, the North facing spots will break.

In summer, usually around August the swell energy shifts and the islands get wind swell or hurricane generated ground swells, so you can get lucky and find some world class surf. During this time of the year, the SE facing spots will work. The tidal range is minimal (only about a foot) so most spots work at any given tide level.

I’d say the average wave size in winter is about 3 feet, so with a SUP / Paddleboard you will catch more waves vs. a surfboard. Here are a few spots. We respect “secret spots” so we only list spots that have are widely known and have been pubslished before.

Cinnamon: Needs a big swell from the North to work, easy, safe wave for beginners. 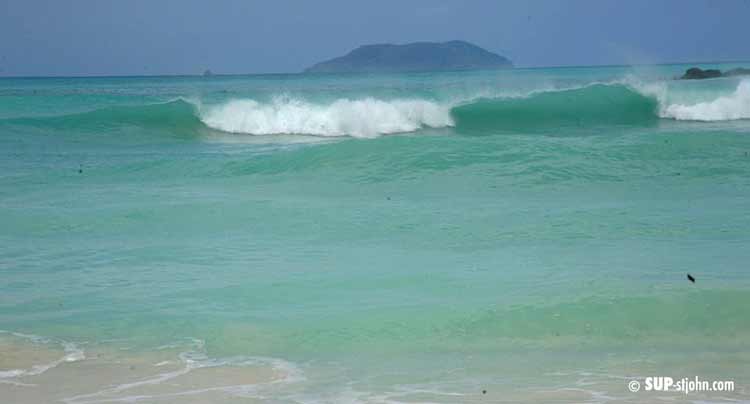 Reef Bay: St. Johns most popular spot. Reef buttom, so not suited for beginners. It is a steep hike down with a paddleboard. Make sure you stay clear of surfers or pick an uncrowded day.

with a SUP you can always find some nice waves to play around in, in winter months mostly on the North Shore (Hawksnest, Cinnamon and the likes) and in winter months on the South Shore, there are some nice little waves around the points of Klein Bay / Ditliff and Fish Bay which almost always work with a SUP. 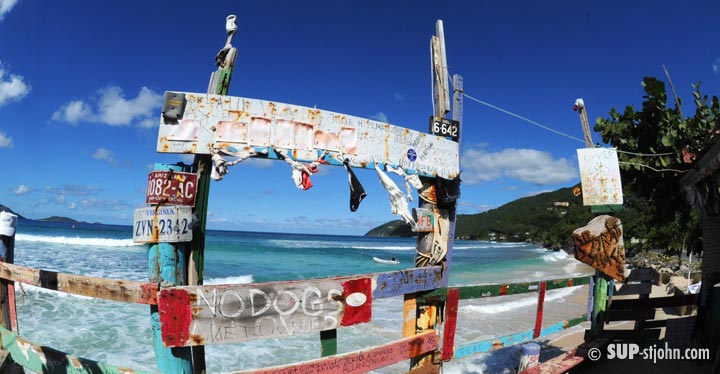